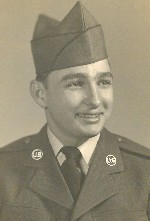 Mr. Geller retired from Chicago Title Insurance Company, Belleville, IL, after serving his country for 20 years in the U.S. Air Force.  He was a member of Union United Methodist Church, Belleville, IL.

Memorials may be made to Union United Methodist Church.  Condolences may be expressed to the family online at www.rennerfh.com.

Very sorry to hear of your Dad’s passing. I remember him as a good man. Will keep you and your family in prayer.