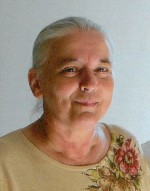 Print Obituary
Kathleen Lisa Buehler, nee Moehle, 61, of Belleville, IL, born January 9, 1956, in Belleville, IL, passed away peacefully on Tuesday, September 26, 2017, at her childhood home on Park Avenue, after courageously battling Creutzfeldt-Jakob Disease which took her life only two months after she was diagnosed.

Kathleen worked for McDonalds for many years. Most recently she worked as a teacher’s aide at Discovery School in O’Fallon, IL. She was also currently working at Dismiss House in St. Louis, MO. Kathleen’s greatest joy was helping others, and spending time with her loving family and her dog, Precious. She was also an avid Pittsburgh Pirates fan.

She was preceded in death by her parents, Walter “Jack” and Agnes Veronica, nee Matika, Moehle; a brother, Daniel Moehle, and a sister, Patricia Crady.

The family wishes to express a special thank you to Father Dennis Voss who provided comfort and support throughout Kathleen’s last journey.

Burial of cremains will be at Walnut Hill Cemetery.