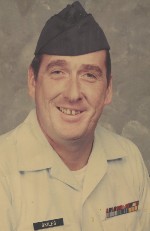 Kenneth was a retired United States Air Force Master Sergeant. He was a fan of the Special Olympics. He loved family time and the holidays. Kenneth also enjoyed traveling, especially to Dollywood.

He was preceded in death by his parents, James William and Sarah Eunice, nee Bowne, Skiles; and a brother, Clyde Skiles.

Memorials may be made to the Special Olympics. Condolences may be expressed to the family online at www.rennerfh.com.