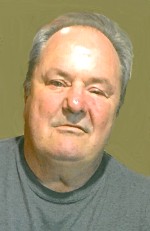 Kenneth was born in Baltimore, MD, to Jesse O. and Mary Marie, nee Nicholson, Williams. He graduated from Belleville Township High School West in 1979 and moved out to the East Coast in 1980. Bruce was a carpenter / sheet metal machinist and worked on high clearance construction jobs in Washington D.C. and Virginia. He moved back to Illinois in 2013. Bruce was an avid comic book collector and loved working at Big Foot Comics and the Belleville Flea Market. He was a loyal member of the Fraternal Order of Eagles #4123.

He was preceded in death by his father, Jesse Williams; mother, Mary Williams; and a nephew, Vincent Michael Williams.

Memorials may be made to Stray Rescue of St. Louis.  Condolences may be expressed online at www.rennerfh.com.

According to Bruce’s wishes, cremation services will be held.