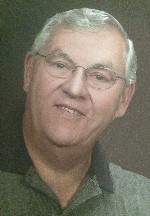 Mr. Kennedy retired from Peabody Coal Company, where he had worked as an above-ground repairman.  He was a member of Faith Baptist Church, Freeburg, IL.  Kenny enjoyed playing music in a Christian band, and he was an avid car enthusiast.

He was preceded in death by his parents, Herbert G. and Sammie C., nee Madden, Kennedy.

Memorial may be made to Faith Baptist Church.  Condolences may be expressed to the family online at www.rennerfh.com.