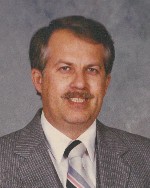 Ken was born December 11, 1941, in Belleville, Ill., the son of Lorraine and Virginia, nee Grossman, Kunkelmann.  Ken worked as an electrician at Stag Brewery in Belleville, Ill., and at Spectrulite Consortium in Madison, Ill., before his retirement.  He proudly served in the U.S. Navy.  His four years in the military took him to California, Midway Island, Japan, Thailand, and Vietnam, where he was part of a flight crew doing aerial reconnaissance over Vietnam.

Ken’s interests included travel, genealogy, and local history, but his greatest joy was spending time with his family.

He was preceded in death by his parents; his first wife, LuEtta, nee Harris, Kunkelmann; and his step-father, Oliver Bell.

In lieu of other types of memorials, donations to the Smithton Senior Center or to the Smithton Public Library are preferred.  Condolences may be expressed to the family online at www.rennerfh.com.

Cremation was held, in keeping with Ken’s wishes.  The family will receive visitors from 1 to 3 p.m. on Sunday, December 18, 2016, at the Smithton Senior Center.  A memorial service is scheduled for 3 p.m. with Deacon Corby Valentine officiating, followed by refreshments and fellowship.

Dottie and family,so sorry for your loss.
I talked to Ken when I was visiting a friend at the Nursing Home, before I left on vacation.
May he rest in peace.

Ken attended Friedens United Church of Christ in Hecker often through the years where I serve as pastor. Our thoughts and prayers are with you as a family. We will remember Ken in our prayer time this coming Sunday at Friedens. Pastor Horn

Thoughts and prayers are with you Dorothy and your family. Love & God Bless

With Deepest Sympathy.
May you feel his love with you now. May you are blessed with caring thoughts and comforted with cherished memories.