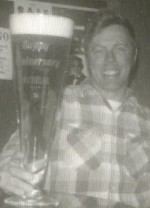 Mr. Leonard was an Ironworker for Local 392, in East St. Louis, IL. Kenneth was a former member of St. Paul’s Lutheran Church. He was a member of the Swansea Moose Lodge, the Elks 664 Fairview Heights, and the Fraternal Order of the Shiloh Eagles. Kenneth was the former president of the Fairview Optimist Club.

He was preceded in death by his parents, Kenneth and Annabelle, nee McCaleb, Leonard; and two sisters, Carol Hagen and Sue Leonard.

In lieu of flowers, memorials may be made to the National Alopecia Areata Foundation. www.naaf.org. Condolences may be expressed to the family online at www.rennerfh.com.