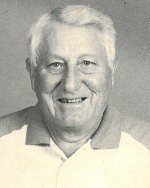 Mr. Lieb worked for Stag Brewery for 40 years before his retirement.  He also worked for Fritz Distributing for 5 years.  Ken was an avid golfer.  He was the founding member of the TNT Golf League and served as the president for 5 years.  He was a past member of the Belleville Moose Lodge. Ken also enjoyed watching hockey, woodworking, and traveling extensively.

He was preceded in death by his parents, Otto and Rowena, nee Dawson, Lieb; a brother, Donald Lieb; and a sister, Delores Hammer.

The family would like to thank the staffs of Hospice of Southern Illinois and the Oak Hill Nursing Home for the care given to Ken.

Memorials may be made to the American Heart Association or to the Belleville Area Humane Society. Condolences may be expressed to the family online at www.rennerfh.com.

Burial will be held at Walnut Hill Cemetery, Belleville, IL.