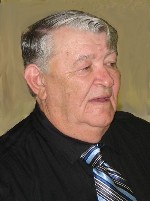 Mr. Simmons was a coal miner for Peabody Energy Corporation for many years. After retirement, he worked as a school bus driver in Belleville. Ken was a family man and an avid fisherman.  He loved animals, making handmade crafts, and furniture restoration.

He was preceded in death by his parents, Alonzo and Leitha, nee Brown, Simmons; and a brother, Larry Simmons.