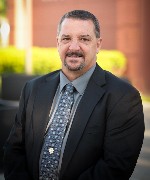 Mr. Hagarty graduated from Belleville East High School in 1986 and McKendree University in 1990 with a bachelor’s degree in criminal justice. He was a supervisor in the Probation Department for the Illinois 20th Judicial Circuit. He was an O’Fallon, IL Alderman since 2011 where he chaired the Public Safety Committee, vice president of the O’Fallon Boosters Club, treasurer of the O’Fallon Moose Lodge 2608, member of the Shiloh Eagles Aerie 545, Knights of Columbus Council 4259, the Fraternal Order of Police Metro East Lodge 262, and the Kaskaskia Mariner’s Association.

He was preceded in death by his parents, John C. “Jack” and Dolores M., nee Champ, Hagarty; two brothers, Donald Hagarty and Patrick Hagarty; and his sister-in-law, Paula Hagarty.

Memorials may be made to “Kevin R. Hagarty Estate” to create a scholarship fund for Garrett and Bridget Hagarty. https://kevin-r-hagarty-estate-scholarship-fund.square.site/