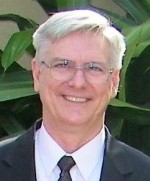 Mr. Winter was a missionary for 40 years with the Missionary Unification Church.  He was known for his enormous love and warmth of heart towards Africa and his work there
in teaching the principles he lived by, one of which, and most importantly, was to live for the sake of others.  We truly will miss his presence.

Kevin was preceded in death by his father, Robert Winter.

As a beloved missionary in West Africa, there will be simultaneous funeral ceremonies in Ivory Coast, Nigeria, and Chad, the three countries where Kevin lived and worked, with more than 500 members participating.