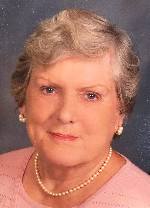 In lieu of flowers, memorials may be made to The BackStoppers, at www.backstoppers.org, or The Villas of Holly Brook, 4350 Frank Scott Parkway West, Belleville, IL, 62223. Condolences may be expressed to the family online at www.rennerfh.com.