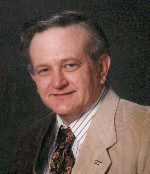 Mr. Mueller worked for Southwestern Bell Telephone Company for 33 years before his retirement.  He was an avid St. Louis Cardinals fan and a member of St. Teresa Catholic Church, Belleville, IL.  He belonged to the Catholic War Veterans and was a past-welfare officer of the organization.  Larry was a U.S. Army Vietnam War veteran.

He was preceded in death by his wife of 48 years, Sharon Louise, nee Weitekamp, Mueller, whom he married on November 26, 1966, and who died on March 30, 2015; his parents, Edward D. and Amelia, nee Kuhl, Mueller; a brother in infancy; a sister, Marilyn Koslofski; three brothers-in-law, Joe Koslofski, Dr. William Rankin, and Reid Hartsell; and a sister-in-law, Pat Weitekamp.

Memorials may be made to the Catholic War Veterans of Belleville, IL, or as Masses.  Condolences may be expressed to the family online at www.rennerfh.com.

Burial with military honors will be at St. Joseph Catholic Cemetery, Lebanon, IL.