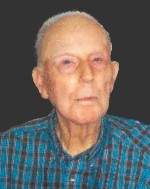 Leo enjoyed playing checkers and was engaged in the farming industry throughout his life. He served on various state and local organizational committees, including the St. Clair County Farm Bureau, the St. Clair County Government Board Committee as Chairman, the Soil and Water Conservation District as Director, and the Southwestern Illinois Resource, Conservation and Development Council.  He served in the U.S. Army during the Korean War. He had three generations of twins in his family: Marilyn and Carolyn (children), Mitchell and Mason (grandchildren), and Dylan and Abby (great-grandchildren).

Leo was preceded in death by his daughter, Catherine Mulnik; his parents, Francis and Clara, nee Neff, Schilling; and his brothers, Romuald, Ludger, Alex, Rudy and Walter.

Memorial contributions may be made for Masses or to St. John the Baptist Catholic Church, Smithton, IL. Condolences may be expressed online at www.rennerfh.com.

Funeral:  A Mass of Christian Burial will be held at 11 a.m. Saturday, July 25, 2015, at St. John the Baptist Catholic Church, Smithton, IL, with Fr. Stan Konieczny officiating. Burial with military honors will follow at St. Augustine’s Cemetery in Hecker, IL.

Please accept my sincere condolences. Uncle Leo was a wonderful Godfather. My prayers are with your family.

Rose Marie, and entire Schilling families, I was very sorry to hear of Leo’s passing. My thoughts and prauers are with you. Please except my sympathy. Sicerely, Mark Forcade