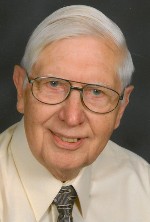 Mr. Forness was the former owner of Keil Heating and Cooling Company. He was a member of Cathedral of Saint Peter, Belleville, IL, and the Althoff Catholic High School Fathers & Friends Club. He was a founding member and well-known caller for Althoff Bingo. Leroy was a United States Army Korean War veteran.

He was preceded in death by his wife of 46 years, Mary Jane, nee Meirink, Forness, whom he married on October 11, 1956, and who died on February 1, 2003; his parents, Theodore S. and Marie R., nee Schuetz, Forness; and a brother, Richard (Helen) Forness.

Memorials may be made to the Poor Clare Monastery of Our Lady of Mercy, Belleville, IL, the Perpetual Adoration Chapel at St. Teresa Catholic Church, Belleville, IL, or to the Cathedral of Saint Peter, Belleville, IL. Condolences may be expressed to the family online at www.rennerfh.com.

Funeral: A Mass of Christian Burial will be held at 11 a.m. Saturday, June 13, 2020, at the Cathedral of Saint Peter, Belleville, IL, with Msgr. John Myler officiating.

Burial with military honors will be held at Jefferson Barracks National Cemetery, St. Louis, MO, at a later date.