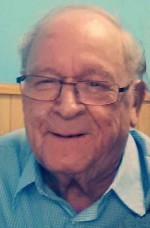 Leroy had a real gift for mechanics.  When earning his GED and associate degree late in life, he encouraged his kids to get their degrees.  His oldest son, who passed away in 2017, did just that and became owner of his own air-conditioning business.

He blessed others all his life with talents of voice and harmonica.

Leroy was well known for his hugs for others and especially to those at New Testament Christian Church. Until his death, he faithfully attended the church with his lady friend of many years, Faye Weis.

He will always be remembered by those at Bel Plaza II apartments where he was residing at the time of his death, and previously at Westview Manor and Amber Court where he received many awards and honors.

Leroy was an avid animal lover.

He believed in a strong work ethic, even established his own shoe-shining business when just a youth, and as a father, worked in many capacities to keep his family provided for and all together.

He loved his Lord, and up until the time of death, heeded His call of encouragement ministry in nursing homes. He visited so many and not only encouraged the residents with the Word, but shared what God had done for him, often ending the visit blessing them with his musical talents as well.

We know that our family tribute is shared by all who were part of Leroy’s life.

In lieu of all other donations, please tell your family you love them and give them a hug. Condolences may be expressed to the family online at www.rennerfh.com.