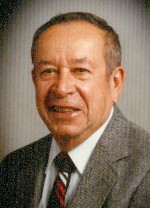 Mr. Stauder had worked as a carpenter and builder for more than 60 years.  He was joint owner with his brother Robert of Stauder Carpenter & Building Contractors, Belleville, IL, and a more than 50-year member of Carpenters Local 433-662.  He was a longtime member of St. Peter’s Cathedral Parish, Belleville, IL.  Les was a World War II U.S. Navy veteran.

He was preceded in death by his former wife, Patricia Stauder; a granddaughter, Krystle Flaherty; a great-grandson, Kayden Blair; his parents, Alonzo and Ida, nee Duerr, Stauder; and a sister, Kathryn Stauder.

Memorials may be made to Cathedral Grade School.  Condolences may be expressed online at www.rennerfh.com.

Eric: Sorry for the loss of your dad. Keep the faith!