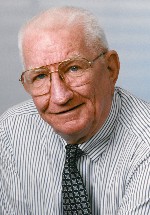 Pete retired in 1974 from the United States Army after 20 years of service. He went on to continue his education prior to joining Belleville Area College (SWIC) as systems analyst, from which he retired in 1993.

In lieu of flowers, memorials may be made to the Belleville Area Humane Society. Condolences may be expressed to the family online at www.rennerfh.com.

Visitation: A private gathering will be held at a later date.