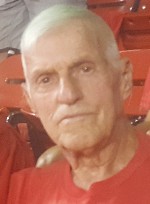 Lloyd retired from Belleville School District 118, where he had served as custodian for many years.  He was a member of Blessed Sacrament Catholic Church, Belleville, IL.  Lloyd loved the outdoors and enjoyed camping, canoeing, and fishing.  He loved music, and never met a stranger.  Above all, he cherished time with his family, and will be dearly missed.

He was preceded in death by his parents, Floyd L. and Bessie M., nee Schifferdecker, Proffitt; a sister, Penny Brown; and a brother, Dan Conklin.

Memorials may be made to Blessed Sacrament Catholic Church, Belleville, IL, the American Heart Association, or the Michael J. Fox Foundation for Parkinson’s Research. Condolences may be expressed to the family online at www.rennerfh.com.

Funeral: According to Lloyd’s wishes, cremation services were held.  A memorial mass will be held at a later date.