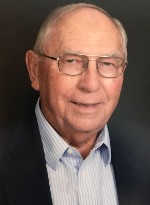 Mr. Schneider was the owner and operator of Lloyd’s Rental and Sales in Belleville, IL, for 35 years. He was an active member of St. Nicholas Catholic Church. Lloyd visited shut-ins for the church and was also a member of Yesterday’s Kids at St. Nicholas. He volunteered for the St. Vincent DePaul Society and was a member of the St. Libory American Legion.

He was preceded in death by his parents, William L. and Mary Anna, nee Rutter, Schneider; and a grandson, Christopher Hahn.

Memorials may be made to Shriners Hospitals for Children. Condolences may be expressed to the family online at www.rennerfh.com.