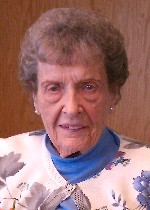 Lorene was preceded in death by her husband of 62 years, Herbert Edward Schwaegel, whom she married on September 11, 1946, at St. Agatha’s Catholic Church, New Athens, IL, and who died on January 31, 2009; a daughter, Judy Schwaegel, in infancy; her parents, Arthur and Lillian, nee Yanskey, Scott; two sisters, Eloys Pfeiffer and Mildred Meyerl and a brother, Kenneth Scott.

My deepest sympathy goes out to the Schwaegel family. I worked with Lorene for months until her death and we shared a very special relationship. I’ll miss her dearly. She was a wonderful woman.