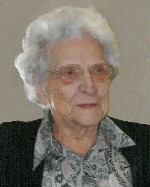 Mrs. Joergens worked at the former Stein’s Retail Store for more than 30 years before her retirement. She was a member of the retail clerks union and also a member of Christ United Church of Christ, Belleville, IL.

Memorials may be made to the Leukemia and Lymphoma Society.  Condolences may be expressed to the family online at www.rennerfh.com.