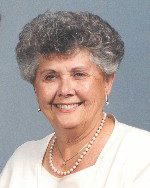 Mrs. Wolf worked at the Scott Air Force Golf Course before her retirement.  She was a member of the Belleville Exchange Club and the Belleville / Swansea Moose Lodge 1221, and St. Paul’s United Church of Christ in Belleville. Lorna loved watching the St. Louis Cardinals and enjoyed playing cards with her friends.  She was a dedicated mother, grandmother, and great-grandmother.

She was preceded in death by her husband of nearly 62 years, Norbert “Norb” J. Wolf, whom she married on August 8, 1946 and who died on March 23, 2008; a daughter, Dawn Wolf; her parents, Fremont G. and Linda E., nee Pfister, Streiff; two brothers, Roger (Betty) Streiff and Earl (May) Streiff; brother-in-law and sister-in-law, Arnold and Wilma Henss; and a son-in-law, Rand Duncan.

Gigi, at 91 years old, would pray for them every night in the order of their birth.

We believe Norbert called her to come join him for the 2018 Opening Day of the St. Louis Cardinal game. In his words he said, “Woman, lets travel.”

Memorials may be made to Belleville Exchange Club, to St. Paul’s United Church of Christ, Belleville, IL, or to Hospice of Southern Illinois. Condolences may be expressed to the family online at www.rennerfh.com.