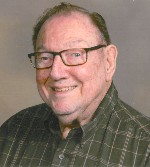 Mr. Zierrath was born on July 8, 1932, in East St. Louis, IL, the son of Lorraine Charles Sr. and Eleanor, nee Taylor, Zierrath. He graduated from Central Catholic High School and joined the United States Navy serving on the USS Delta in the Korean War. Charlie worked as a mail carrier at the United States Postal Service Belleville branch #155 and retired after 25 years of service. He was a member of St. Augustine of Canterbury Catholic Church, Belleville, IL, where he was a longtime usher and called Bingo on Friday nights. Mr. Zierrath belonged to the St. Clair County Serra Club, the Knights of Columbus Council #1038, and the Veterans of Foreign Wars Post #1739.  He was known as “Uncle Charlie” to many, and always had a smile and a joke. Charlie had a cheerful demeanor and was a kind, caring man who lived his faith and was devoted to his family and friends.

Charlie was preceded in death by his wife of 39 years, Shirley, nee Schmidt, Zierrath; his parents, a sister, Rosemary Zipfel; two nephews, Michael and Matthew Zipfel; and a great-nephew, Tim Venhaus.

The family would like to give special thanks to the compassionate caregivers at Bradford Place Assisted Living in Swansea, IL, Dammert Geriatric Center at the Shrine of Our Lady of the Snows, and to Hospice of Southern Illinois.

Memorials may be made to Hospice of Southern Illinois or the Benedictine Living Community At The Shrine. Condolences may be expressed to the family online at www.rennerfh.com.