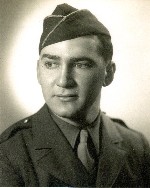 Louis was a United States Army Veteran of WWII serving in the Philippines. He worked as a salesman for DuQuoin Packing Company, and then as an electrician at the US Mapping Agency in St Louis, MO.

He was preceded in death by his wife, Madelyn M., nee Vallero, Airaghi; and his parents, Rosa and Battista Airaghi;

The family wishes to give a special thank you to The Atrium of Belleville and to his caregivers at the Lebanon Care Center.

Condolences and memories of Louis may be expressed to the family online at www.rennerfh.com.

He will rest alongside his wife at Green Mount Catholic Cemetery, Belleville, IL.