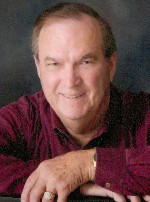 Mr. Held was a brew master for Stag/Carling Brewery, Local 50 IBT in Belleville, IL, starting at age 21 until he retired at the age of 62.  He was also an Amway distributor and worked for Strano Realty.  He enjoyed playing golf all his life with friends at Clinton Hills Golf Course and other area golf courses.  Louis served more than two years in the U.S. Navy on a gun boat.

Condolences may be expressed online at www.rennerfh.com.

A memorial service will be held at a later date.

Tony, please accept my sincere sympathy on the loss of your brother.