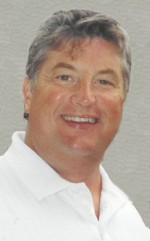 Louis was a business agent and negotiator for Operating Engineers Union Local 101. In his earlier years, he had previously served as funeral director. Louis was a member of Christ Church, Fairview Heights, IL. He was a small aircraft pilot who loved to travel.  He also enjoyed woodworking and nature.  His true passion, however, was deer hunting.  Most of all, he was a very proud grandpa and loved his family dearly.

Louis loved to do random acts of kindness and always noticed a person in need.  As a final act of kindness, he donated organs for Parkinson’s Disease research.

He was preceded in death by his parents, Charles and Florence, nee Kuhl, Loepker; and a nephew, Brian Majeski.

Memorials may be made to the Parkinson’s Foundation. Condolences may be expressed to the family online at www.rennerfh.com.

Funeral:  A celebration of his life will be held at a later date.