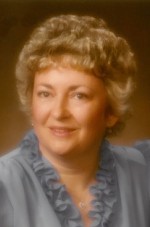 Mrs. Franke was an early childhood teacher for 18 years and a nominee for the Golden Apple Award for outstanding teacher in St. Clair County.  She received state and national awards in the art and science fields and was presented with the Lifetime Achievement Award and the Pastoral Award from St. Martin of Tours Lutheran Church, Mascoutah, IL.  Mrs. Franke was a member of the Chamber of Commerce, the Order of the Eastern Star, and a lifetime member of the National Education Association for the Education of Young Children. Mrs. Franke wrote early childhood education articles for the several newspapers including the Burlington Hawk Eye (Burlington, Iowa), the Henderson County Quill (Henderson County Illinois), the Herald (Mascoutah, Illinois), and the Trenton Sun (Trenton, Illinois). She also was the area coordinator for the National Reyes Syndrome Association and helped develop farmland into residential and industrial building sites in Mascoutah, Illinois. Mrs. Franke was most proud of her children, grandchildren, and the thousands of children she cared for during her years of teaching.

She was preceded in death by her father, Ralph Scherer; her mother, Jeanette, nee Givenrod, Russell; and her stepfather, Clyde Russell.

Memorials may be made to the National Reyes Syndrome Foundation, the American Diabetes Association, or to the charity of the donor’s choice. Condolences may be expressed to the family online at www.rennerfh.com.

Funeral: Due to Covid-19 restrictions, private services will be held.

Burial will be at Mascoutah City Cemetery, Mascoutah, IL.