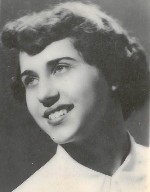 Sally worked as an administrative assistant and later retired from Union Planters Bank. She was a member of the St. Mary’s Parish and the St. Mary’s Mothers club. She was a former Den mother for the Cub Scouts. She loved playing cards with her old high school classmates and friends and was excellent at sewing and made many clothes for the kids. Sally especially loved spending time with family at the Lake of the Ozarks. Sally was a loving mother, wife, and dedicated homemaker.

Memorials may be made to Poor Clare Monastery of Belleville or to St. Mary’s Catholic Church. Condolences may be expressed to the family online at www.rennerfh.com.