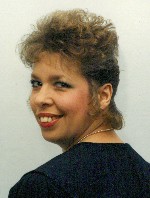 Margaret was employed as a nurse before her retirement. She was an avid crafter.