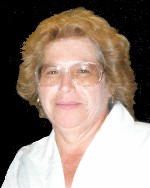 Peggy graduated in 1959 from St. Phillip’s Grade School and in 1963 from St. Teresa Academy in East St. Louis, IL.  She worked for four years at National Auto Supply in East St. Louis, IL.  On January 2, 2008, Peggy retired from the United States Postal Service in Belleville, after more than 30 years of employment.  She was the first woman mail carrier in Belleville.  She was a member of the National Association of Letter Carriers Branch 155, the first woman shop-steward and vice-president of the local.

Peggy was a member of the Southwestern Illinois Central Labor Council, serving several years as the Sergeant-at-Arms, and in 1992, was Labor Woman of the Year.

Memorials may be made to the American Diabetes Association.  Condolences may be expressed to the family online at www.rennerfh.com.

Funeral:  Funeral services will be held at 11:30 a.m. Monday, February 9, 2015, 2015, at the funeral home with Deacon Robert Lanter officiating.  Burial will be at St. Adalbert Cemetery, Fairview Heights, IL.