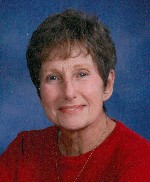 Toots opened Toots’ Cake & Candy Supplies in 1974, and was the owner and operator there for 30 years.  She was a member of St. George’s Episcopal Church, Belleville, IL.  Through her numerous years of owning Toots’, she made many friends.  All who knew her were drawn to her lively, warm personality and kind heart.  The past several years were a battle that she always found a way to keep fighting.  Her bravery was undeniable.  Toots has left quite an impression on many, and will surely be missed.

She was preceded in death by her parents, Joseph and Margaret, nee Sauer, Baumann; and a brother-in-law, Butch Bujnak.

Memorials may be made to St. George’s Episcopal Church or to Hospice of Southern Illinois. Condolences may be expressed to the family online at www.rennerfh.com.

According to Margaret’s wishes, cremation was held, and burial will be at a later date.