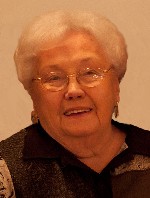 Mrs. McDiermon was the former co-owner of Signal Hill Pharmacy, along with her husband John.  She was a member of the Belleville-Swansea Women of the Moose and an avid St. Louis Cardinals fan.  Marian was a member of St. Henry’s Catholic Church, Belleville, IL.

Memorials may be made to Family Hospice.  Condolences may be expressed to the family online at www.rennerfh.com.