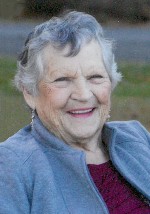 Memorials may be made to the Parkinson’s Research Foundation. Condolences may be expressed to the family online at www.rennerfh.com.

Funeral:  A Mass of Christian Burial will be held at 11 a.m. Thursday, May 31, 2018, at St. Henry’s Catholic Church with Rev. Kenneth York officiating.