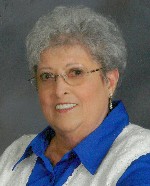 Mrs. Stone was preceded in death by her husband, Arthur Carl Stone, who died on February 4, 1995; a daughter, Lisa Hysell; a son, Gregory Stone; her parents, Sylvan and Florence, nee Rosenow, Degenhardt; and a sister, Cathy Sparks.

Memorials may be made to the Scleroderma Foundation, 300 Rosewood Dr., Suite 105, Danvers, MA  01923.  Condolences may be expressed to the family online at www.rennerfh.com.

Visitation:  Friends may visit with the family from 4 to 8 p.m. Thursday, December 3, 2015, at George Renner & Sons Funeral Home, Belleville, IL.

So sorry to read of Marie’s death. Some sellers/buyers become special and that is what Marie was to me. I sold her house in Greenbriar and sold her her villa on Ambrose. I guess I won’t be putting a flag in front of her home anymore. Very sad.