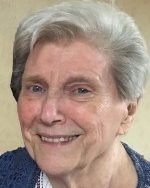 Mrs. Wagoner worked for the Scott Paper Mill in Washington.  She loved to line dance and enjoyed bowling. She was the favorite aunt among her nieces and nephews who will remember Marie saying, “no point in getting mad because you are just going to have to get glad again”.

Memorials may be made to Evelyn’s House Hospice, Creve Coeur, MO. Condolences may be expressed to the family online at www.rennerfh.com.

Visitation: Friends may visit with the family from 4 to 7 p.m. Thursday, August 15, 2019, at George Renner & Sons Funeral Home, Belleville, IL.