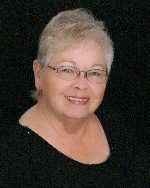 Mrs. Messick was a secretary, working in civil service for the U. S. Air Force for her career, eventually retiring as the Scott Air Force Base Hospital Commander’s secretary.  She was a member of St. Paul United Church of Christ, Belleville, IL, and served on the Mission and Community Service Board for nine years.  Marijean served as treasurer in the church’s Fireside Club and served as vice president of the “Sharing and Caring” group.  She was an avid game, puzzle, and card player, and was a member of “The Shufflers” card club at St. Paul’s.  For the past 19 years, Marijean volunteered three times a week at the Community Interfaith Food Pantry and was very beloved by the many people she helped.

She is survived by her husband of 52 years, Jerry W. Messick, whom she married on October 18, 1966;
one daughter, Kelli L. (Dale) Wentz of Belleville, IL;
three grandchildren, McKenna Loving of Denver, CO, Ryleigh Loving and Delaney Loving, both of Belleville, IL;
sisters-in-law, Darla Knight and Donna Knight;
brothers-in-law and sisters-in-law;
nieces and nephews.

Memorials may be made to the Community Interfaith Food Pantry or to St. Paul United Church of Christ. Condolences may be expressed to the family online at www.rennerfh.com.

Burial will be at Jefferson Barracks National Cemetery, St. Louis, MO, at a later date.