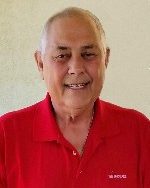 He was preceded in death by his parents, Roland and Mary Ellen, nee Wagner, Junker; a brother, David Junker; and a brother-in-law, Frank Geolat.

In lieu of flowers, memorials may be made to the Siteman Cancer Research Center for prostate or breast cancer research. Condolences may be expressed to the family online at www.rennerfh.com.

Burial will be at Green Mount Catholic Cemetery, Belleville, IL, at a later date.