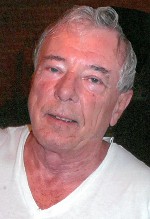 Mr. Noltkamper was a truck driver with Thompson’s Gas Inc.  He was an avid fisherman and pool league captain at TR’s Place.  He was also a former member of The Quail Club.

I grew up in the same neighborhood as Mark and his family and we attended St. Henry Grade School together. I remember him as a guy with a great sense of humor. We became reacquainted three years ago at our 50th grade school reunion. I enjoyed meeting Beth then.

My prayers and sympathy to her and to his children and grandchildren. May he rest in peace.

Mark and I have been friends for over 20 yrs. We played many pool games together and I consider myself lucky to have known him. He was always fun to be around I will miss him greatly. Mark Mark Mark.

I WAS A CLASSMATE OF MARK’S AT ST. HENRY’S. I AM SO SORRY TO HEAR OF HIS PASSING. MY CONDOLENCES TO HIS FAMILY.