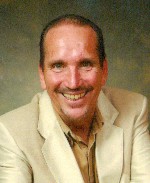 Mr. Wellen was a self-employed painting contractor.  He was an avid artist and ceramic maker.

He was preceded in death by his parents, Clarence “Bud” and Ann, nee Ingram, Wellen; three brothers, Gary, Brad and Rick Wellen; and a sister, Patricia Wellen.