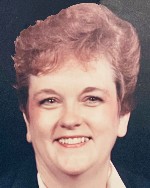 Mrs. Winslow taught school for ten years at the Porter School near Kirksville, MO. She served for many years as an election judge during elections.  Marlene was an accomplished piano player and loved her word search puzzles.  She enjoyed playing bunko for many years with her friends and was an avid St. Louis Cardinals fan.

She was preceded in death by her husband of 63 years, James Winslow, whom she married on August 28, 1955, and who died on September 5, 2018; her parents, Marion and Thelma, nee Morgan, Campbell; and a sister, Marie, nee Campbell, Morgan.

Memorials may be made to the Kirksville Humane Society or to Kirksville Methodist Church. Condolences may be expressed to the family online at www.rennerfh.com.

A memorial service will be held in the near future in Kirksville, MO.