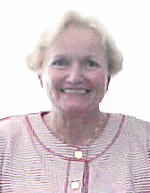 Marquita was a store manager at J.C. Penny before her retirement.

She was preceded in death by a son, Steven Beard; her second husband, Gene Barney; and her parents, Elmer & Mary, nee Fischer Walters.

The family would like to thank Don and Sue Miller of Swansea, IL, and Hospice of Southern Illinois for their love and support in Marquita’s final days.

Memorials may be made to FamilyLegacy.com in Marquita Barney’s memory. Condolences may be expressed to the family online at www.rennerfh.com.

Private family services will be held at a later date.