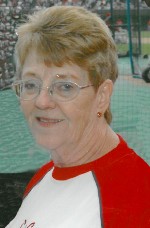 Martha had worked at Schnucks Market before retirement.