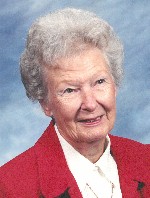 Martha was educated through secondary school in Donelson and graduated from business school in 1941. She began her career with the National Life and Accident Insurance Company of Nashville, Tennessee.  During the war years, Martha was very active with the USO, where she met her future husband, Dale L. Gustus from Cambridge, IL.  After her marriage to Dale on March 31, 1945, she worked for General Motors in St. Louis, MO, and then as executive assistant for BarDale Equipment Company, prior to moving to Belleville.

Martha was a more than 60-year member of the First United Presbyterian Church in Belleville, where she served on the Board of Deacons, served as an usher, and was a member of the Helmsmen until it was dissolved. She was a charter life member of the Memorial Hospital Auxiliary.  Martha and Dale were very active in the Elks Club.  In her later years, after Dale passed, she enjoyed going to Cardinal and Grizzlies games, plays and concerts at the local colleges, and playing bridge in two bridge clubs.

We are so sad to read that Martha has died. She always had a smile on her face. She was a great friend to Isabelle for many years. They met thru church. Wishing all their friends well.
Tom and Marlene Vogel

We were very blessed to have Martha as our neighbor. She was a true Southern Belle and will be sadly missed.

We were truly blessed to have
Martha as a good friend and very
close neighbor for over sixty years. She will be sorrily missed.

Martha was a dear friend to me for many years. We enjoyed many conversations about our lives, the church we both attended and our views of the world we lived in. Martha was a gracious and kind person and she will be missed by all of her friends. It was an honor to know her and call her friend.

Martha was a very nice lady who had lots of friends. She led a active life serving in many ways. She will be missed by all who knew her. We send our sympathy and prayers.

We were deeply saddened by Martha’s passing. She was a dear neighbor to my mother, Anita. We enjoyed taking her with us to plays and other activities. She and mom checked on each other all the time. She led a full, active life and will be missed.