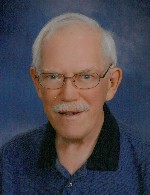 Marvin was born the second of four children to the late Rev. Frederick Henry and Helen, nee Rabe, Englesdorfer. In infancy, he was baptized into the Christian faith on April 29, 1928, at Bethany Evangelical Church, Detroit, MI.  He was later confirmed in his faith at St. Peter’s Evangelical and Reformed Church, Detroit, MI, on April 6, 1941.

He attended the O.W. Holmes Grade School and Western High School in Detroit, graduating in 1945.  His education continued at Elmhurst College (B.A.1949), Eden Theological Seminary (B.D. 1952, Doctor of Ministry 1973), and was granted a Ph.D. by the Graduate School of Saint Louis University in 1981.

Following his graduation from Eden, he was ordained for Christian Ministry by the Michigan-Indiana Synod of Evangelical and Reformed Church at St. James Church, Saline, MI on June 29, 1952.  Marvin’s father, pastor of St. James, was the ordaining minister and had also been ordained on June 29, 1924.  He began his ministry as an assistant pastor of St. Peter’s Evangelical Church, St. Louis, MO, in service with Rev. Dr. Elmer Hoefer, July 1, 1952, serving three years in that capacity.

During the Belleville years, Marvin Pursued training in pastoral counseling at Care Counseling, Inc., St. Louis, a training program of the American Association of Pastoral Counselors.  He held membership as a Fellow in the American Association of Pastoral Counselors, and clinical member in the American Association for Marriage and Family Therapy.  His counseling interests and academic training led him to be chosen as the organizing director of the Samaritan Counseling Center in Peoria, IL, as an adjunct instructor to the Department of Psychiatry at the University of Illinois College of Medicine in Peoria, IL, staff therapist at the Samaritan Interfaith Counseling Center, Naperville, IL, and Center for Religion and Psychotherapy of Chicago.

During his years of ministry, he served in a variety of synodical and conference committees in the Missouri Valley, the Michigan-Indiana, the West New York, and the Illinois South synods and conferences.  He was a member of the board of directors in Illinois South Conference, and a delegate to General Synod in 1981.  He also participated and served in community programs, some of which include serving as the organizing chairman and member of the board of directors of “Call for Help” Crisis Intervention of St. Clair County, IL, board of trustees for the Parks and Recreation Department in the city of Belleville, Chairman of District 118 Early Childhood Education Title III Program
and foreman for St. Clair County Grand Jury.

Marvin retired in 1994, and in his retirement he served on the Authorization Committee of Church and Ministry for the Illinois South Conference.  He enjoyed music in all forms, which through his life was a constant joy.  In addition, Marvin enjoyed traveling and fishing with his wife Dottie, visiting the National Parks, photography, and Chautauqua.

He was preceded in death by his parents, a sister, Marion (Paul) Hanebutt, and a brother, Rev. Delvin T. Engelsdorfer.

Be comforted in the knowledge that God knows your pain, he’s been there too.

With fond memories I extend my deepest sympathy to Mrs. Enfelsdorfer and family.

Rev. Marvin Englesdorfer will always be remembered as the founding pastor of Faith U.C.C. in Williamsville, New York. We were blessed to celebrate the 50th anniversary in 2010 with Marvin and Dottie .Our sincerest condolences to Dottie and the family.

A thoughtful, caring person who I got know as music director at St. Paul UCC in Belleville. i appreciated his presence, support, and kind words. Well done, good and faithful servant. May his friends and family know the same peace he brought to others.