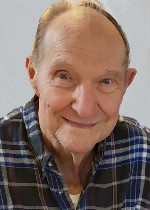 Mr. Ohlendorf was a talented carpenter, belonged to the Carpenters Local #433 before his retirement.  He was a U.S. Korean War Army veteran and a member of the Smithton American Legion.  Marvin was a member of Christ Church, Belleville, IL.

He was preceded in death by his wife of 54 years, Jeanette E., nee Schwaegel, Ohlendorf, whom he married on October 17, 1953 and who died on February 10, 2008; a son in infancy, Kevin Ohlendorf; and his parents, Harvey and Edna H., nee Eichelmann, Ohlendorf.

Memorials may be made to Home Instead Senior Care, 2321 Country Road, Belleville, IL, 62221. Condolences may be expressed to the family online at www.rennerfh.com.