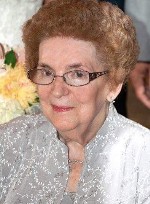 Mary Ann worked as a manager for Naturalizer Shoes before her retirement.

She was preceded in death by her husband, Raymond K. Luechtefeld, who died August 4, 1982; her parents, William and Annabelle, nee Cox, Wittmeyer; a brother; and two sisters.

Private family services will be held.