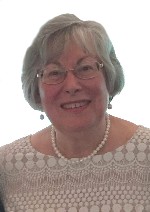 Mrs. Walton was a corporate librarian for Maritz before her retirement. She worked on the Admiral as a teenager. She received a Bachelor’s Degree from Southern IllinoisUniversity Edwardsville. She continued her education and received a Master’s Degree in Library Science from University of Missouri. In 2003, she received the Elizabeth Owen Award for library leadership. She was a member of Special Library Association from 1980 to 2014.  She was also a member of St. Paul United Church of Christ, Belleville, IL, and served on the Stewardship and Nominating Board at the church.

She was preceded in death by her parents, Joseph F. and Helen J., nee Ackermann, Gribat, and a sister, Andrea Lucido.