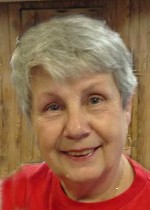 Mrs. Buehler was retired from Weyhaupt Packing after 25 years of service. Mary was an avid Cardinal fan and enjoyed going to the casino.

She was preceded in death by her parents, Charles R. Sr., and Christine M., nee Johnson, Gramc; and a brother, Charles R. Gramc, Jr.