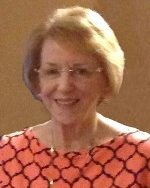 Ms. Jenkins was a graduate of Saint Louis University, St. Louis, MO.  She was a grade school teacher and later was a co-owner and founder of Kids Again, a clothing consignment store in Alexandria, VA. She later worked at the Smithsonian Institute in Washington D.C.  After taking time off to tour the county in an RV, she moved to Fort Myers, FL, and worked for the Fort Myers Beach Chamber of Commerce.  Upon moving back to Belleville, she was once again reunited with her life-long friends.  She became a member of PEO International, an organization of women helping women.  Mary enjoyed traveling, history, reading and watching the St Louis Cardinals.

She was preceded in death by her parents, Dr. Howard and Loretta, nee Schmitz, Lange; and a brother, Fredrich Lange.

Special thanks are given for the compassionate and comforting care provided by the staff at the Dammert Center.

Memorials may be made to the Belleville Area Humane Society, to the Mary Jean Dinges Memorial Scholarship Fund, or to Heartland Hospice. Condolences may be expressed to the family online at www.rennerfh.com.

Funeral:  Funeral services will be at 1 p.m. Saturday, April 6, 2019, at the High Rise Activity Center of The Esquiline, on the grounds of the Shrine of Our Lady of the Snows, Belleville, IL.